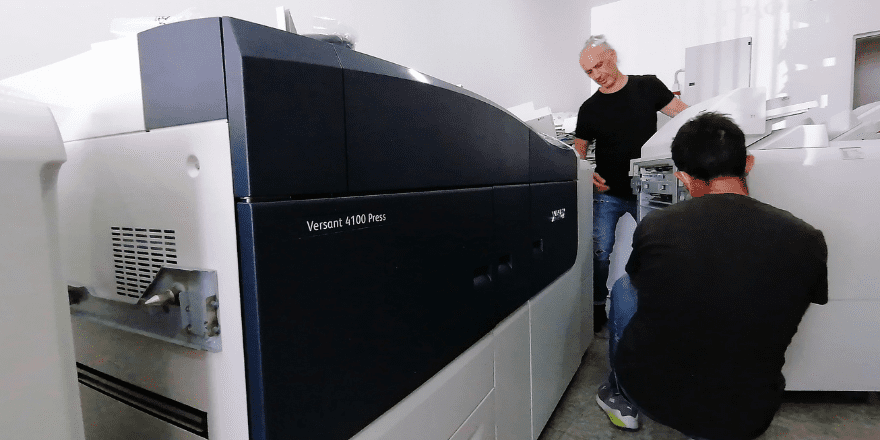 In today’s print market, success means adaptation and the Versant 4100 is adapting too. Xerox® reinvented the top midproduction press with even more smart automation for virtually touch-free quality control, and extended application options with the ability to print on media up to 400 gsm. The Xerox Versant 4100 digital press contains a number of features and, like the Xerox® PredictPrint media management software, which allows operators to quickly and easily switch to new media without having to enter manual configuration settings. Combined with the Versant 4100’s ability to print on heavier media, up to 400 g / m², these features take the Versant 4100 already to the next level.

The installation of the new Xerox® Versant® 4100 Digital Press was completed from our Certify Xerox Engineers , and full demonstration has been made by our Product Marketing Manager for all functions and features of the device.